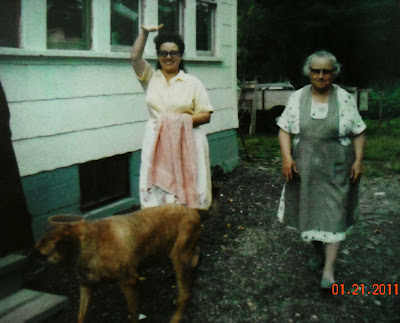 As I reach a certain age..AHEM...I find that my waistline is expanding and my blood pressure rising.
I have sworn off butter, any added salt, fats in more than trace amounts and have been substituting more olive oil. I don't know how I could use more olive oil though..unless I just drink it.
All this made facing St Patrick's Day an unhappy thing.
I have been disappointed in brisket for years. I have always examined my meat for fat, as my sister once said.
Since I left home, I have not had a corned beef dinner where I ate much more than the potatoes and carrots(not being a big fan of cooked cabbage either).
I bought it off the holiday sale case merchandised with the potatoes and carrots in a single deal. I bought it at the local well regarded butcher. Different cuts within the brisket did not seem to make much difference. Fat was everywhere. So, this time I looked in the meat case and found one that was marked: Gourmet Corned Beef Brisket. Sadly, the garbage has already been picked up, so I cannot tell you the brand. It was much more expensive and looked fairly lean in the package, There was a big piece of it hidden behind some of the label, but it was minor. It was at least double the cost of the sale stuff, but the difference was remarkable.

I lowered it along with the package juices(it told me to)into a large pot of water. I brought it to a boil with a large onion and a couple of good sized carrots, pepper and no salt... I reduced the temperature to just a simmer(the Dutch say 189 degrees for their boiled dinners(National dish as I understand it)...That seems good to me. I skimmed off all the foam that rose to the top and discarded it. Leaving it in will cloud the broth. After three hours, turning it occasionally, I removed the overcooked carrot and onion and ate it...who wants to waste it, and dropped about a dozen onions in with it, peeled with a cross cut through the root end. I brought it to a boil and then reduced it again. and cooked it for half an hour. You can actually drive a toothpick or two through the raw onion center(across the equator, not pole to pole) to keep it from coming apart. Or you can leave the root end on it. just rub the dark roots off with your finger under running water, so it will not go everywhere.

I removed the meat and onions to keep warm and covered it with plastic wrap and a couple of terry towels.
I brought the liquor back to a boil along with a bag of peeled carrots, and then five pounds of potatoes. I separated these as I did not have a lot of room in the pan for everything, and the meat cuts easier if it rests.
I removed the veggies, and dropped in a head of Savoy cabbage cut in sixths with a bit of the core left on each piece.(Savoy has a milder flavor)(I have no idea about the gas..I do not have that problem) and cooked it for 15 minutes. I put everything back in the liquor that would fit, to warm, then began to fill up a large deep baking pan, separating by type and pouring the hot liquor over it. Meanwhile, I sliced the brisket at a sharp angle and put it in with the veggies to serve. OK, so I left out the turnip, but if you can save it till last, I would cook it cut in small pieces while I was slicing and arranging so that the whole thing does not taste like turnip.
There were two lobes on the brisket. One had a bit of fat in the meat, and the other was very lean, with a vein of fat between the two halves.
I have not enjoyed corned beef for years, and this was good.
The Savoy Cabbage was good too. I did put a bit of pepper and red wine vinegar on it though. The whole thing was good enough that I did not mind going without the butter, and I have always loaded the veggies with salt and pepper as well as the butter...I just love it that way. I did not even mind doing without salt. It had plenty of pepper though. Of course this is something you would not want to have with a heart or blood pressure problem very often, but just this once a year...Perhaps a ham or shoulder once or twice would not hurt either.
Posted by Bill Mitchell at 1:45 PM No comments: