How to Poach an Egg

I have always hated poaching eggs.  This is made more complicated because I would not eat one if my life depended on it.  I cannot stand any part of the egg being less than hard cooked.  Over the years, I have learned how to do them because others like them that way.  the one weakness in my method has nothing to do with the recipe, but rather my own taste taking over,  I never trust myself to get them cooked to the proper doneness...I always have to ask the recipient to look at them to make sure.  That is my issue.  If you do enough of them and eat them yourself, you should not have a similar problem. 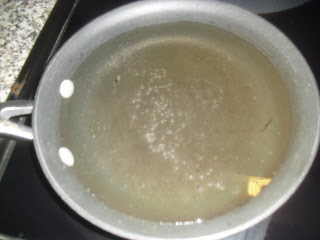 I use a non stick skillet.  the shallow water and ease of approaching the surface with your hands make much more sense than a deep pan.  The non stick will help release the egg from the bottom if it touches...and it usually does a bit. 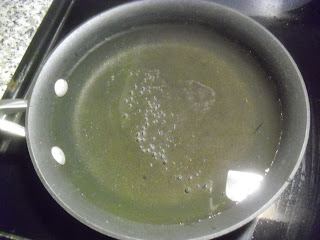 Bring the water just to a simmer.  Too violent a boil will scramble the eggs in the water. 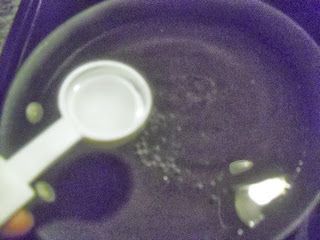 Add a tablespoon of white vinegar to the water.  A flavored vinegar would work, but it may add a flavor that you may not like. 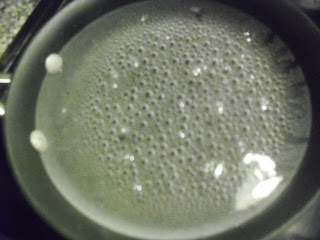 When it is simmering  you are ready, lower the heat and wait a second or two if it is boiling too fast. 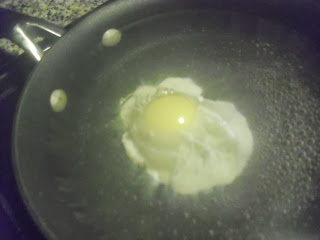 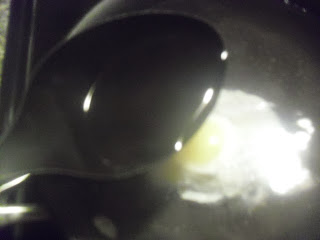 As the egg begins the go opaque, spoon some of the water over the yolk area of the egg to set and cook the top of the egg a bit.  You may have to repeat this a couple of times. 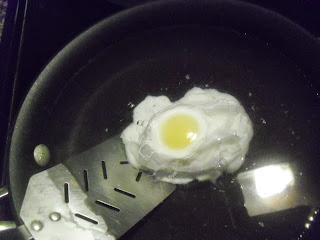 when the entire egg seems close to being set, but not cooked at the top, use a spatula to just release the egg from the bottom of the pan and floats freely. 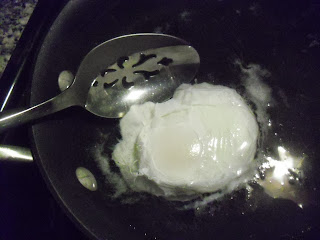 When the top of the egg is opaque from the hot water spooned over it, and your designated eater approves, lift the egg out with a slotted spoon.  you can lay the egg on paper towel to absorb the excess water.
The egg white should be completely cooked through, but the yolk should still be soft to liquid, according to the taste of the person who will eat it.
If you like, you can float a number of cooked eggs in ice water for a time.  Make a dozen or so at a time if needed and hold them in the water.  When it is almost time to serve, just float them in good hot water till heated through only.
Now, serve several of them over a plate of hot spaghetti, on a bed of roasted multi colored peppers and sausage!