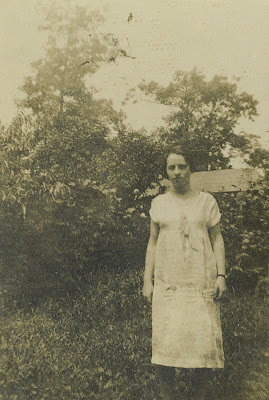 Mom and Grammie used to do this all the time. I can never quite duplicate it, but it comes pretty close. Grammie found this recipe during the first world war in an ad for George Washington Coffee in the Boston Globe.
Again, this was always available at home.
Preheat the oven to 350F
Simmer 1 cup of raisins till plump in a mixture of:
2 Cups Sugar (white, brown or dark brown or a mix)
3 cups water (substitute one for a cup of black coffee)(The George Washington coffee advert.)
1 cup Molasses
1/4 cup shortening
1 t nutmeg
1 t cinnamon
1/2 t allspice
1/2 t cloves
cool
mix together:
3 cups flour
1 t salt
1 t baking powder
1 t soda
stir into the cooled wet mixture and add:
1 t vanilla
pour into a buttered and floured 9x13 pan.
the recipe says bake 35 min., but I have never had it cook through in that time. I often let it go nearly 50 min.
No topping is necessary.

A recent note from my neice Diane informs me that her recipe, like her mother's, does not have the molasses. Also, my sister boils the initial witch's brew a lot longer than the plump raisin stage. Perhaps that is why the time differs so much between the recipe and my baking time. I can't think where I would have come up with the molasses because I copied this recipe from my sister's. Anyway, we should give it a try both ways. I never had a complaint with the molasses, and I always like my sister's version....Hmmmm...I wonder which is the original? See how important this project is. It is so easy to lose and confuse these things...even the best gossip gets the story wrong sometimes!
Posted by Bill Mitchell at 5:24 PM